I have been trying to get to this little Mount Washington hot spot since they opened. I waited a while because of my arbitrary 90 day rule, and then it fell off my radar for a little while. These are the same folks who run Biroteca.

There are about 30 or so beers on tap and even more in cans and bottles.  Even though they are partnered with Evolution Brewery out of Salisbury, they don’t push you; they will recommend lots of choices and are bound to have your favorite style. I wasn’t feeling it as I was still quite dehydrated from my outdoor Bikram yoga class.  They do have a great unsweet tea. 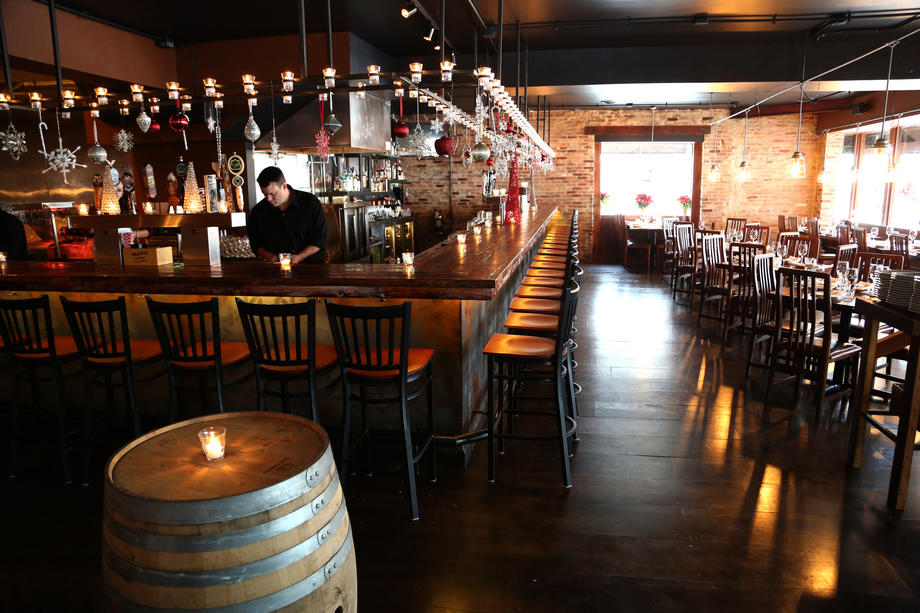 Just like their sister restaurant, they have large portions which can be easily shared. My mom’s baby kale salad came in a bowl then size of a small serving platter. They topped it with golden raisins and very large, but thinly sliced fennel and radishes. The salad came with two poached eggs, I’m not why we were expecting them to be warm – but they were not. It took a minute to get accustomed to a cold, but still slightly runny egg yolk.  I liked it, but cold eggs seem a little weird – although – we eat hard boiled ones that are cold.  I kinda wish we had done the quinoa or the beet salad as both also sounded interesting and full of fresh seasonal flavors.

I went for the Nickel burger with the “works”: a 5 oz patty on toasted brioche bun topped with bacon, fried egg, cheddar cheese, mushrooms, and slathered with their own Nickel Sauce – a tangy BBQ style sauce.  It was quite good – aiming for a spot on my best burger list. Flavor wise, they make a mean burger. The grass fed Roseda beef was tender and certainly flavorful. Nevertheless, there are a few reasons they aren’t going to make it based on this visit. First, it was much closer to well than my medium temperature ask and  the LTO topper was kinda wilty with mushy tomato, certainly not their best showing.  The other complaint is the burger to bun ratio – the burger was a little small in thickness for the bun and certainly in radius. I don’t like it while you’re first bite is just bread – which is generally the reason, I cut my burgers in half.  I thought this might be because they also have a “dime” sized burger… That’s 10oz if you we following the math and their logic – but when I asked, it’s just two of the five ounce patties.  I also did not like the cole slaw – it was too peppery and covered in pickles.  I know I am one of those crazies who doesn’t want pickles with my burger.

Overall, I liked these guys – and so does a fellow blogger.